The rise of Populist Sovereignism: what it is, where it comes from and what it means for international security and defense 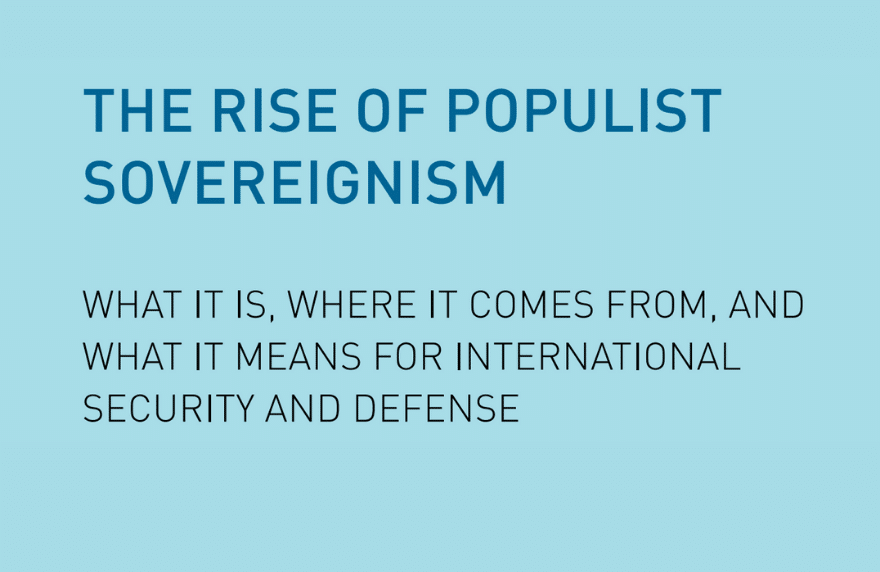 This study looks at the foreign and security policies of 17 Populist Sovereignist political parties and analyzes the implications for international security and defense.

Populist Sovereignism (PopSov) did not begin with Brexit nor did it end with Marine Le Pen losing the French Presidential election in May 2017. PopSov Parties reject the current political establishment and advocate taking back national control. They are far from a fringe movement. Currently, populist sovereignist parties rule alone or are part of the governing coalitions in 8 countries, including the US, and they hold more than 10 percent of a total of 11 countries’ seats in the European Parliament.

Many observers warn that PopSov parties threaten to upend a decades old liberal consensus about the benefits of free trade in promoting economic growth and welfare, the importance of global and regional governance to solve transnational challenges, and the benefits of liberal democracy. Threats – and actions – to exit the European Union, leave NATO, and dissolve free trade agreements certainly sound like the death toll of that consensus.

Stephan De Spiegeleire, one of the authors of the study argues that Popsovism is best framed as ‘a potentially healthy feedback signal about certain negative aspects of the recent rush towards a supposed global liberal utopia that have been underestimated by national, European, and international policymakers.’ But he also adds a note of caution: ‘the health of a democracy depends on such signals being voiced and – even more importantly – heard.’

In order to better understand the potential consequences for the international order, the authors analyzed the party manifestos of 17 PopSov parties in Europe and the US and identified their positions on national security and foreign and security policy. Amongst the key findings are:

On the basis of a scenario analysis, the report offers four recommendations to policymakers in nation states and the EU:

Dutch foreign policies and the EU

With respect to Dutch foreign policies, the report concludes that its interests can best be upheld (ironically) through the vehicle of the European Union. The US is distancing itself from Europe, and the Dutch relationship with Russia is likely to remain difficult: there will be few alternatives but to pursue an even more proactive position in the European Union.