The Maritime Future of the Indian Ocean: Putting the G back into Great Power Politics 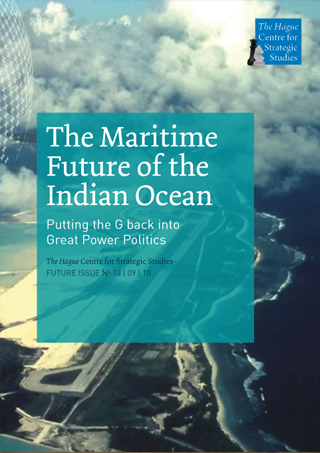 The Indian Ocean is fast becoming the new center of economic gravity, as it ties together the economic fortunes of emerging Asia, the US, and Europe. Maritime rivalries in the Indian Ocean are an early indicator of the return of great-power politics to the limelight of the international arena. This Future Issue reveals the considerable amount of disagreement existing among experts with regard to the future trajectory of events in the Indian Ocean. There is little disagreement, however, that the economic and strategic importance of the Ocean’s major Sea Lines of Communication (SLOCs) – particularly its choke points – will continue to grow amidst an accelerating maritime build-up, the continued presence of significant pockets of regional instability, maritime piracy, and terrorism. These current and future key developments in the Indian Ocean will have important implications for security and business continuity. The analysis in this Future Issue warrants the following conclusions:

• The safety of the Indian Ocean’s SLOCs is of vital importance to the growth of the emerging economies in South and East Asia, as well as the world economy at large. The strategically located choke points are extremely vulnerable to disruptive attacks both from state and non-state actors, including pirates and terrorists.

• The Indian Ocean is a major testing ground for great-power relations between the US and the potential emerging contenders China and India. Even as China and India harbor ambitions to expand their forward naval presence in the Indian Ocean, historically embedded mistrust is encouraging mutual suspicion concerning each party’s intentions. This could trouble the Ocean’s waters considerably and pose a potential source of future conflict.

SLOC protection, maritime dominance (sea control and sea denial), power projection, submarine-launched nuclear second-strike capability, and space dominance. The US remains far ahead of China in terms of maritime capabilities and even farther ahead of India across all five categories of maritime capability. Its lead is likely to shrink in the years to come, however, with China leveling the playing field in such areas as sea denial and power projection capabilities. This could change the balance of power at least enough to foster ambitions for regional hegemony on the part of at least one of the two contenders. HCSS offers the following policy recommendations:

• The Indian Ocean requires close attention by decision makers at the highest strategic levels. Foreign ministries should recognize the Indian Ocean as a region that deserves attention in its own right.

• Given that the Indian Ocean is a test zone for the rules of the game in a nascent multi-polar world order, it is of the utmost importance to establish governance frameworks that will facilitate the integration of rising powers in regulating this order and upholding the principles of an open world economy.

• In the light of the tremendous importance of the safety of SLOCs for sea-based trade and world economic growth, policymakers should attach high priority to the safeguarding of SLOCs and vulnerable choke points.

• Because global production chains are vulnerable to supply disruption originating from the Indian Ocean, business executives should re-assess their policies regarding supply-chain risk management.