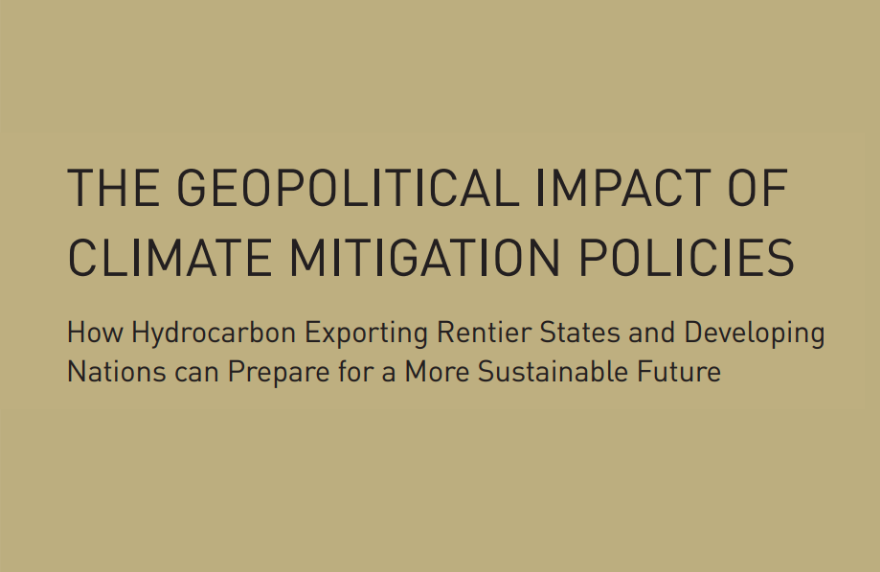 At the Paris Climate Conference held in December 2015, 195 countries adopted the Paris Agreement – the first universal, legally binding global climate deal. The signatory parties committed themselves to a global action plan that aims to keep global warming to well below 2°C and to limit the global temperature increase to 1.5°C.

As part of our Geo-Economics research initiative, The Hague Centre for Strategic Studies has investigated the geopolitical consequences of climate mitigation and energy transition among a number of countries richly endowed in hydrocarbons who potentially stand to lose a significant part of their revenue stream as a result of demand changes for fossil fuels. If demand for oil and gas demand were to decrease as a result of successful climate mitigation policies, the financial and social stability of these countries will – ceteris paribus – be negatively affected, especially if they fail to reform their domestic economies.

The presented study, entitled The Geopolitical Impact of Climate Mitigation Policies, employs a number of innovative investigative methods and analytical approaches to generate insights regarding sociopolitical stability in the wake of the world’s transition to renewable energy systems in a number of major oil- and gas-exporting nations near Europe. On top of this, the report looks closely at the energy situation in Sub-Saharan Africa and analyzes in detail which choices developing nations face with respect to their future energy mix.

Given the deep, and complex relationship between the global energy sector and international politics, these findings have numerous implications – both short and long term – for our future efforts to combat climate change while simultaneously fending off any consequential drivers of sociopolitical instability.

The Natural Resources and Security Nexus
Scroll to top