The circular economy and developing countries 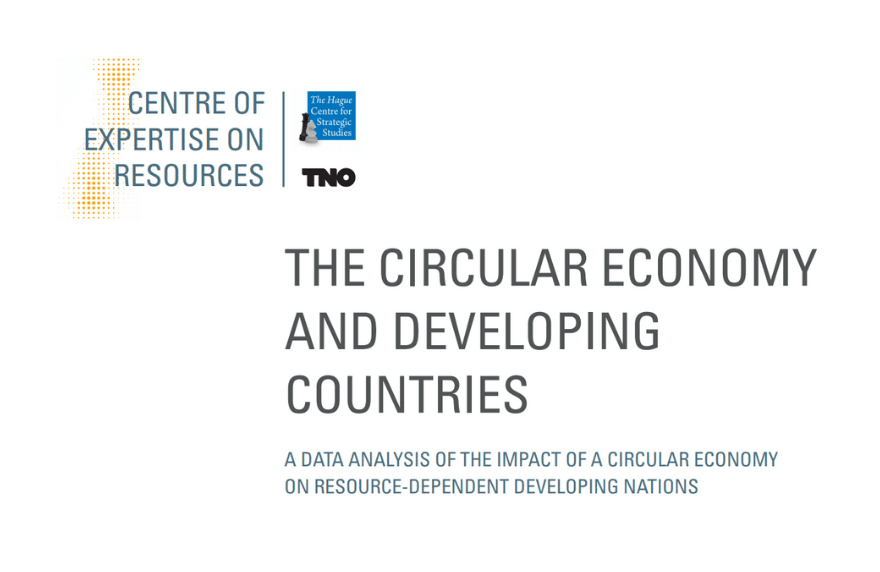 A transition towards a ‘circular economy’ – in which redundant consumer goods are viewed as input rather than waste – offers great potential for societies to reduce their environmental footprint. Once products reach the end of their lifespan new value can be generated by re-using valuable resources.

In today’s globalized world, widely used (consumer) goods such as mobile phones, are generally composed of resources and materials from all corners of the world. For example, in 2014, Brazil was the largest exporter of iron ore to the EU. Lithium, a key component of batteries, is mostly imported from the US. And nearly half of aluminum ores and concentrates imported by the EU come from Guinea. Various economic sectors in Europe (e.g. aerospace, renewable energy, technology, etc.) are highly dependent on the availability of specific sets of raw materials.

However, in spite of the strong interconnectivity between export markets and countries of origin, meager attention is paid to the consequences that a transition to circularity may have on countries that rely on the export of raw materials for (economic) stability, in particular developing countries. After all, a circular economy could, ceteris paribus, result in reduced revenues for resource-exporting developing countries.

In conjunction with the upcoming Dutch government-wide program on the circular economy and the EU’s circular economy action plan, this Issue Brief by the Centre of Expertise on Resources presents the outcome of a data-analysis into the effects that a circular transition in the Netherlands and Europe may have on developing countries heavily reliant on the export of a select number of (critical) raw materials (minerals and metals) to the Dutch and EU market.

The paper can be read via the download button.

Better together: towards a new cooperation portfolio for defense