Resource Scarcity in the 21st century: Conflict or Cooperation 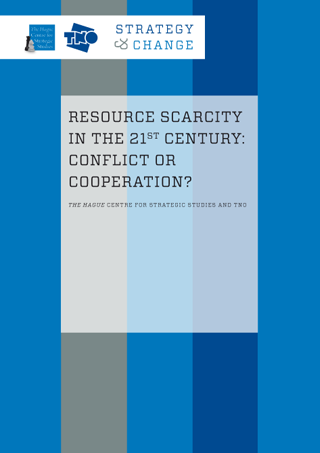 Oil and natural gas, water, food, and minerals are critical to ensuring our wellbeing and prosperity. The mismatch between future demand and supply is crystallizing into one of the most complex and urgent issues policymakers will face in the 21st Century. Unless the challenges arising from these scarcities are confronted in a comprehensive and proactive manner, our economies will stagnate and political power will diminish in the international system.

To that end, this report examines the implications of these resource scarcities for EU Member States and offers seven recommendations for addressing them. While resource scarcity is a global challenge, as no single country is self-sufficient in resources needed to power one’s economy, its effects are not equal across countries/regions. This is attributed to the uneven distribution of and variations in demand for resources by countries/regions. Thus, given that countries do not suffer or benefit from resource scarcity in equal terms, asymmetric dependence across resources can be an important driver for cooperation or conflict in the international system.

Under conditions of resource scarcity, the realist thinking renders the future of world politics as conflict prone and raises the likelihood of wars among major powers. This gloomy interpretation of international relations is particularly worrisome, given that major powers are all resource hungry. These states regard access to resources as vital to their national security and do not exclude the use of military force to protect their interests. After all, it is widely claimed that dependence on the Middle East was a primary factor that united the United States and Europe against Iraq in the 1990-91 war to liberate Kuwait. In the future, similar events could recur, given the increasing dependence of industrialized countries, as well as emerging economies, on energy supplies from producers inside and outside the Persian Gulf. On the other hand, scarcity can also fuel greater cooperation between states as asymmetry in resource distribution does not always translate into a power resource.

Therefore, we do not take it for granted that the impact of scarcity will necessarily lead to either conflict or cooperation. Instead, the degree of dependence and the type of resource are important variables in understanding when resource scarcity leads to cooperation or conflict. Thus, the rest of this report is organized into six sections. The first four sections examine oil and gas, water, food, and mineral, respectively. For each resource we examine global trends of consumption and production, identifying major consumers and producers. Although projection data is speculative, it provides insight into the potential demand and supply scenarios for these resources in the future. Next, we analyze the political dynamics of scarcity, zooming in on the role of the state and exploring the possibilities of cooperation or conflict.

Against this backdrop, we analyze the implications for EU Member States, taking into account strategic, economic, and political considerations. Section six offers a glimpse into the complex interrelations among the four resources, describing the effects of changes in one system (e.g., price hikes or shortages) have on the others. The final section provides seven recommendations for tackling the challenges arising from these four resource scarcities.

The Rise of Asia and Strategic Questions for Europe

Time for Openness: a comparison of public reporting by security services
Scroll to top