Not one without the other: realigning deterrence and arms control in a European quest for strategic stability 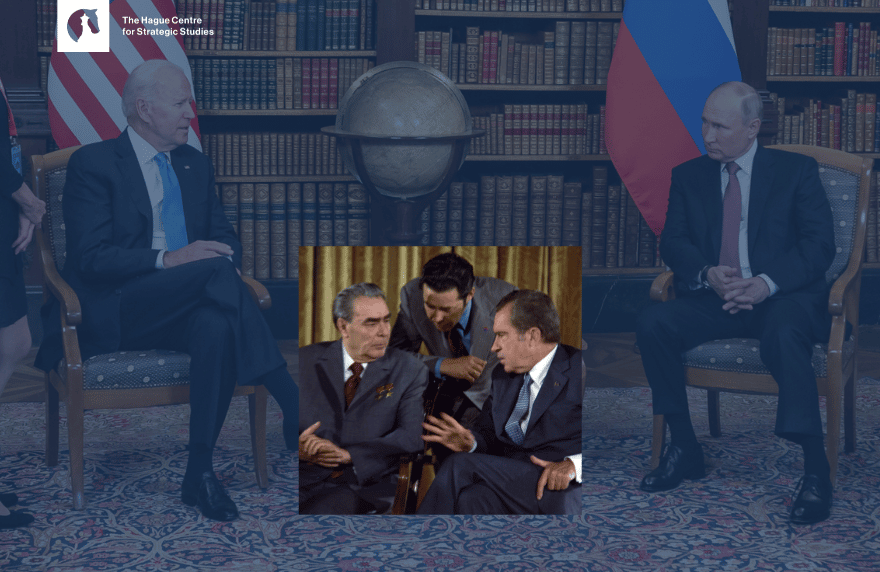 Neither arms control nor deterrence can be considered without the other. In a new HCSS policy brief, Lotje Boswinkel and Paul van Hooft underline that, however counterintuitive it may seem to Europeans, investments in robust deterrence also provide powerful bargaining leverage to engage on arms control.

Russia’s invasion of Ukraine has caused a strategic awakening in Europe, but long before the war, relations between Washington and Moscow had already deteriorated and competition with Beijing had grown. Today’s global missile landscape is more dense, diverse, advanced, and volatile – as well as more contested and less regulated.

Meanwhile, the future of the arms control regime is hanging by a thread. Key bilateral arms control treaties have either collapsed or become increasingly outdated, or are suffering from a lack of enforcement mechanisms, contestation and non-compliance from outside and from within.

Arms control and its demise are often framed as an issue pertaining predominantly to the US, Russia, and increasingly also China, as these three are driving most of the technological and military-strategic developments. Even so, the security implications stretch beyond today’s major military powers – not least to Europe. For small and middle powers, the already limited manoeuvre space in the field of arms control is shrinking even further.

In today’s tense geopolitical environment, Europe will need to understand arms control as serving three potential and competing purposes: to promote disarmament, to create stability, and to lock in competitive advantages – all with the ultimate aim to prevent war.

This entails investing in both deterrence and arms control, simultaneously: the two are typically separated yet two sides of the same coin, Boswinkel and Van Hooft state. The Ukraine war has put deterrence-by-denial and deterrence-by-punishment firmly back on the agenda, and it is key to seek the right mix of deterrence, arms control, and non-proliferation measures.

The research for and production of this report has been conducted within the PROGRESS research framework agreement. Responsibility for the contents and for the opinions expressed, rests solely with the authors and does not constitute, nor should it be construed as, an endorsement by the Netherlands Ministries of Foreign Affairs and Defence.

Robotic and Autonomous Systems: From design to development and use in military...