Mapping Agribusiness Opportunities in the MENA 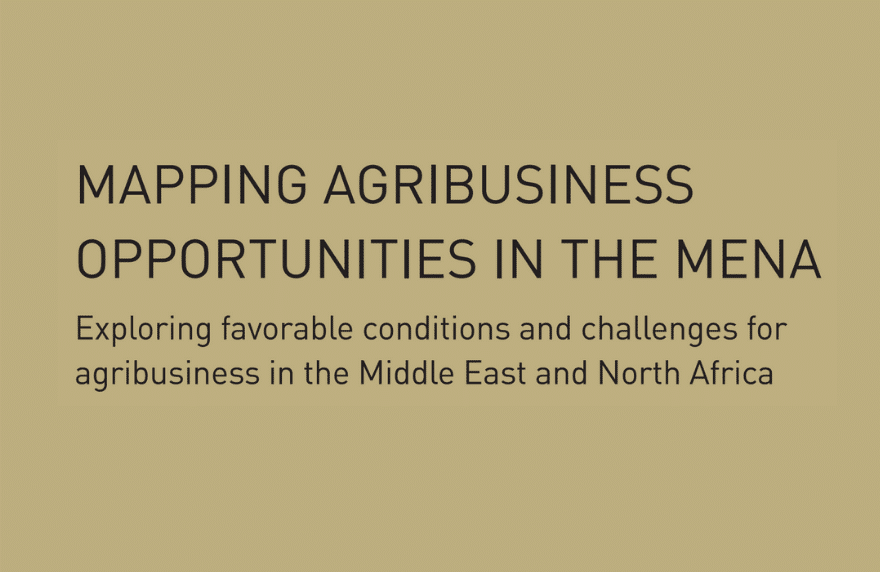 The Middle East and North Africa (MENA) abounds in opportunities for agribusiness. However, a steady stream of bad news is casting a long shadow over prospects. As one study notes, “political authoritarianism and instability have forced many investors to think twice about their plans in the short term.” However, many other factors make the MENA region an interesting place for agribusinesses to invest.

With over 300 million people, and high population growth figures, the region has many mouths to feed. Population growth in combination with rising income, has resulted in a higher demand for food, and making food security a pressing concern for governments in the region. With advanced technological and business models, western agribusinesses may provide some crucial solutions to the problems of the agricultural sector in the region.

Commissioned by the Ministry of Economic Affairs of the Netherlands, this report zooms in on 11 focus countries in the MENA region: Morocco, Algeria, Tunisia, Libya, Egypt, Saudi Arabia, Oman, Qatar, UAE, Bahrain and Kuwait. The report explores the risks and opportunities, associated with agribusiness investment in the MENA region while looking at the many structural factors that influence ‘return’ on investment. Focusing on the ‘returns’ of investments, such as economic growth and improved employment, is crucial because they can help to tackle pressing economic, social, and security issues in the region. Such spin-offs are increasingly worth considering in light of the recent revolutions and the negative spillover effects on Europe, from refugee streams to energy security concerns. Jobs are key to provide stability, especially in countries in the throngs of a regime change like Tunisia.

The full report can be downloaded via the button on the right.

Soy Supply Security for the Netherlands

Deep sea mining: hitting the bottom or taking off?
Scroll to top