Issue Brief No. 3 The Global Financial Crisis and the End of the Free Market 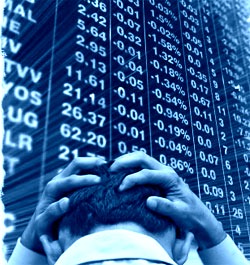 The global financial crisis has thrown the global economy into chaos and shattered confidence in the free-market ideology, its ruins visible everywhere: mighty financial institutions tumbled, real estate value plummeted, and stock markets plunged. Yet not only have banks and private corporations failed, but many states have also run into major economic and financial problems. From east to west and north to south, economic indicators show that states have been struggling to cope with the financial crisis and economic recession (see figures 1 & 2), with real GDP growth declining sharply, government debts soaring, currencies depreciating, and national reserves becoming depleted. The list of casualties includes both developed and developing countries.

To read the whole report see the PDF on the right.

Issue Brief No.2 The Beijing Consensus: An alternative approach to developm...

Issue Brief No. 4 The Resource Scarcity Nexus: Challenges for the 21st Cent...
Scroll to top