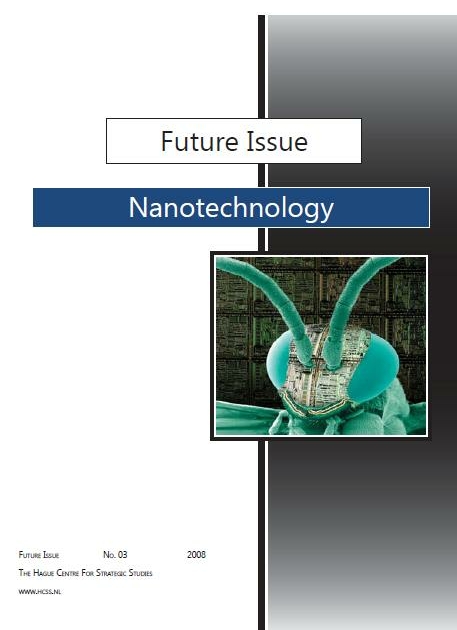 Nanotechnology is widely considered to be ‘the’ technology of the future with applications in – and implications for – a wide range of fi elds such as, a.o, healthcare & medicine, material manufacturing, energy extraction and the conduct of warfare. Global investment in nanotechnology-related R&D has surged over the years and currently stands at over $25 billion dollar. Yet, many uncertainties surround the role of ‘nanotech’ in the future. Will its impact be evolutionary or revolutionary? Does nanotech harnass a threat to mankind – as some science-fiction writers claim – or does it provide solutions to problems faced by humanity across a variety of fi elds? The current Future Issue addresses these questions and others while examining trends, exploring drivers and explaining how developments in nanotechnology may shape the security environment of the future based on an in depth analysis of 59 foresight studies. The security implications of nanotechnology are diverse. Breakthroughs in nanotechnology may herald the birth of a new generation of weaponry rendering large parts of the existing stockpiles of conventional ‘old’ arms obsolete. While it is unclear whether this will ignite an arms race between great and medium powers in the international system, it will definitely alter the levelplayingfield between those states that are able to reap the benefi ts of the nanotechnology revolution and those that are not. Apart from nanotechnology’s impact on the geostrategic level, implementation of nanotechnology applications may change the ways in which militaries plan for and fi ght wars and lead to a revolution in the tactics employed in military operations. Terrorist actors will probably seek to use nanotechnology applications to commit deadlier attacks, but it is likely that the capacity of homeland security departments to detect terrorist actions will be strengthened as well. In sum, developments in nanotechnology will provide both threats and opportunities for governments and industry which should be taken into account in long term strategic planning processes.

Conflict and Coherence: The relation between the EU’s counterterrorism efforts...
Scroll to top