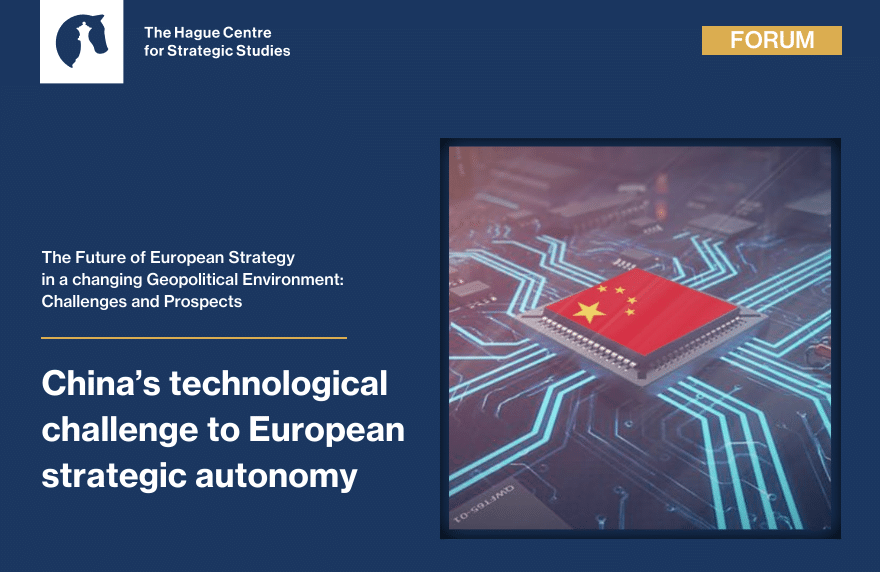 European policymakers only fully understood the implications of China’s tech dominance after the onset of the COVID-19 crisis, which underlined the risk of dependency on an illiberal power with no meaningful distinction between public and private enterprise. Other than lower costs, the enhanced risk of espionage or disruption leaves no compelling argument in favor of integrating Chinese technology into Europe’s critical infrastructure. 5G telecommunications networks remain the litmus test for Europe’s tech autonomy that will affect other areas, like artificial intelligence, in the years to come. It is too soon to be optimistic about Europe’s ability to guarantee the autonomy of its critical infrastructure: while most European countries are navigating around Huawei as a core provider of 5G, a number of key countries (Germany, Italy and Spain) are still on the fence, while a handful of smaller countries (Hungary, Greece and Serbia) likely will never phase it out.

Chinese tech represents an immediate challenge to European resilience. There needs to be an overhaul of which sectors in which Chinese-European cooperation can be permitted. Import screenings are predominantly national competencies and require a high degree of coordination to be effective across countries that are highly integrated, economically, and socially. The need for investment screenings goes beyond 5G, as showed by last year’s sudden controversy surrounding the Chinese social apps TikTok and WeChat due to suspicion about their treatment of user data. Because European countries, including the United Kingdom, share common values, in most cases it is feasible to develop common assessments of what could constitute a threat to national resilience and citizens’ privacy.

The EU last year endowed the European Commission with the competency of issuing warnings about foreign investments into critical sectors on the grounds of potential threats to security or public order. Decisions about whether or not to block a foreign company, however, will mostly remain a national responsibility. In addition, the Commission proposed that the EU grant it the ability to block state-subsidized foreign firms in order to protect its internal market from the challenge posed by Chinese companies. Huawei, as a company with unclear corporate structures and ownership, serves as a case in point. The inefficiency of the World Trade Organization’s arbitration system and China’s unwillingness to change its unfair trade and investment practices make it necessary for the EU to enforce a level playing field by its own means.

Screenings of foreign investments and companies are important defensive measures that safeguard resilience against an emerging tech power. However, they fall short of addressing a more fundamental problem, namely Europe’s need to regain its capacity for high-tech innovation and to compete with China both domestically and globally in the development of new technologies. Europe is falling behind the US and China in terms of its capacity to innovate. To be a tech superpower in its own right, Europe must foster an environment in which its own industries can grow and innovate at scale. European societies and citizens demand the benefits of the use of high-tech, but need to be able to choose from providers from trusted host countries, preferably from their internal market, to reduce their dependency on others. Resilience can therefore never really be separated from technological forwardness. It is in the EU’s DNA to maximize internal competition, but the rise of China makes it more important than ever that the EU focuses its competition capacity outward.

The EU will not be able to position itself as a tech power comparable to China and the US if it does not prioritize the need for champions that can innovate at scale and compete globally. The EU suffers from a deficit of large tech companies. Earlier in its history, the EU made use of non-subsidized support, such as research, development and infrastructure in what is now a consolidated aerospace industry that competes globally (Airbus). Aerospace should serve as an example for the future. The tech industry operates in an oligopolized market with a handful of suppliers worldwide. As for 5G, Europe has its own technological superstars, Nokia in Finland and Ericsson in Sweden, whose market positions are growing because of the increasing number of countries opting against Huawei. There seems to be no alternative to supporting these companies in the competition to develop 6G, when or if further needs for data transmission will require a next generation of wireless networks. As for artificial intelligence, the EU is falling behind China and is already well behind the US. This is a consequence of its strong regulation of the use of personal data – the General Data Protection Regulation – that slows the development of AI. It is a matter of urgency that the EU complete the digital single market to avoid the emergence of diverging national regulatory frameworks that would further complicate the sale and deployment of AI technologies.

The EU’s ambition to grow its own high-tech capacity in order to reduce its dependence on others goes hand-in-hand with countries’ desire for the integration of ethical concerns into AI governance at the European and global levels. The EU faces a reality in which the ‘Brussels effect’ – the externalization of its regulations and norms through market mechanisms – works well when it comes to liberal democracies but less so vis-à-vis developing countries that prioritize inexpensive technology over safeguarding individual liberties. Chinese tech has enormous allure throughout Africa, the Middle East and parts of Asia. Even within Europe, Hungary, Serbia and Greece’s tech cooperation with China shows how difficult it may be to enforce ethics-driven AI governance. The General Data Protection Regulation is the EU’s flagship example of international norm setting, but the enhanced risks connected to Chinese technology raise doubts about the EU’s ability to enforce it. The security implications of China’s worldwide sale of high-tech means that the EU should assume a more activist approach to the promotion of norms for the use of surveillance and facial recognition technology, as well as for the storage and use of personal data.

Europe is being drawn into US-China competition, not by choice, but because of irreconcilable value systems. Global tech standards cannot be seen as separate from the defense of the liberal order that is being challenged by China’s autocratic model. It is a global competition in which developing countries opting for Chinese investments and technology may develop lasting dependencies on China and drift further away from liberal democratic states. Norm setting for tech in global standardization bodies matters because they shape new technology and because it adds legitimacy to how the technology is used. While the EU must become more active, its more measured approach to regulation within these bodies (such as the International Telecommunications Union and 3GPP) has proven more conducive to coalition building than Washington’s more confrontational approach to Chinese companies under the Trump administration. At the same time, the EU will wield little influence if it does not have globally competitive tech companies that can shape decisions within the industry-led standardization bodies.

The EU cannot prevail in the global competition against China’s autocratic model without the United States (or the United Kingdom). Despite different rules for data privacy and regulations, and despite being traditional trade rivals, the US and the EU share fundamental values that are different from China’s authoritarian approach to autonomous systems and data storage. While Donald Trump’s tenure disabused Europe of the belief that the vicissitudes of US politics would not exceed acceptable limits, Washington also has reason to doubt the reliability of the EU when it comes to balancing their common strategic interests in the preservation of free societies and criticism of Chinese human-rights violations against its own narrower business interests. The Comprehensive Agreement on Investment, which China and the EU Commission concluded in December 2020, fails to strike this balance. It also came at a politically unfortunate moment, in the midst of efforts to renew the transatlantic partnership after the election of President Biden, although the European Parliament has effectively frozen the ratification process.

In the end, successfully competing in the tech arena must be a cornerstone of European aspirations for strategic autonomy in other areas of international affairs. However, European countries will not achieve it in the absence of globally competitive tech industries that will allow Europe to propagate its norms for the governance of technology.

European trade strategy: Striking a balance between liberalism and national...