Beyond the Welfare State 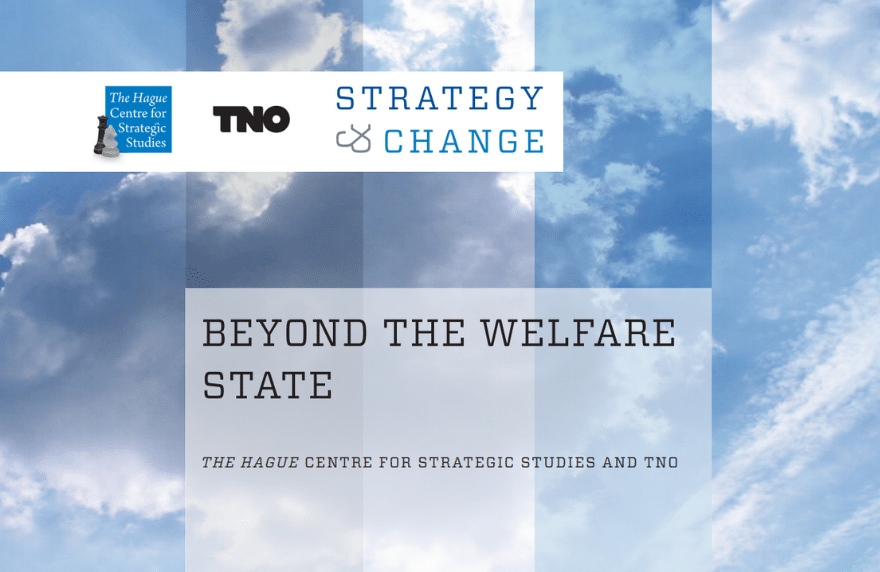 The modern welfare state is under stress. The Great Recession has had a severe impact on public finances in the Netherlands and in many other EU member states. While the pace of fiscal consolidation remains a very controversial topic, few would dispute the need to move public finances towards a more sustainable trajectory at some point in the future. Given that social spending constitutes the largest share of public expenditure in the Netherlands, it is inevitable that the questions about the affordability of existing welfare programs are being raised.

The modern welfare state is also affected by various long-term structural changes in our society. Population aging is creating additional demands on the pension, health and long-term care systems at the same time when governments are looking for ways to cut public spending. Globalization makes capital and labor more mobile. This makes raising fiscal revenue to pay for the social services and transfers more challenging. Skill-biased technical change destroys many medium- and low-skilled jobs and contributes to raising inequality. Family patterns are changing as well, bringing about new risks.

All these trends and challenges point to a clear bottom line: the welfare state has to change. King Willem-Alexander in his Speech from the Throne in September 2013 essentially announced that the old welfare state is dead and has to be replaced with a ‘participation society’.

The new HCSS report Beyond the Welfare State takes a broad look at the welfare state: its historical evolution, and its different types in various countries. The report provides an in-depth study of several economic and societal trends that create substantial challenges for the welfare state. It also examines the efforts to reform various aspects of the welfare state that have been undertaken so far in a number of European countries. Finally, it outlines general approaches and principles that can serve as a basis for reforming the welfare state.

The report can be downloaded with the button on the right.

The Fission of Power: Flex and Flux in an Age of Fragmentation