While President Donald Trump was issuing bombastic threats toward North Korea and Venezuela earlier this month, U.S. Secretary of Defense James Mattis quietly met with his Dutch counterpart, Defense Minister Jeanine Hennis-Plasschaert, at the Pentagon on Aug. 15. They discussed the ongoing crises in North Korea and Venezuela and continued their talks on NATO defense spending. But, to the surprise of many, they also touched on a more esoteric topic: the idea of introducing a “military Schengen zone” on the European continent, freeing up the movement of troops and materiel between EU member states.

Read the entire article (behind a log in/pay wall) by Karlijn Jans and Rachel Rizzo on worldpoliticsreview.com 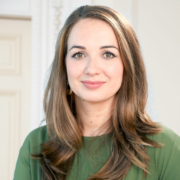