The Quest for Security: Riyadh versus Tehran 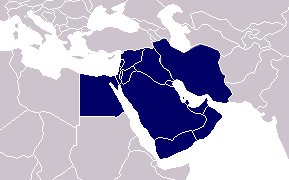 For as many as three decades, relations between Riyadh and Tehran have oscillated between polite hostility and clandestine confrontation. Deep-seated distrust and hostility has bedeviled the Iranian-Saudi relations since the Islamic Revolution in 1979. The guardians of the Islamic Revolution in Iran and the custodians of the Holy places in Saudi Arabia have been polarized by opposite views regarding regional order and world politics, not to mention their religious and ideological differences, fueling a cycle of security competition.

This cycle of security competition between the two Islamic countries is fed by suspicion and hostility. While Riyadh has been concerned over Tehran’s ambitions in the Levant and the Gulf regions, Tehran believes that Riyadh is conspiring with the US against the Iranian regime.

To compensate for the imbalance in military strength with Iran, Riyadh has run up massive bills for military equipments; sought regional alliance with dubious regional powers (such as Saddam Hussein’s Iraq), and risked cozying up to the US, a superpower widely perceived in the region as pro-Israel. Ultimately, Riyadh took refuge in the US security guarantees. While American sanctions were imposed to weaken the Iranian regime, the deployment of the US Navy’s 5th Fleet in the Persian Gulf served to deter Iran from flexing its military muscles.

In order to deter regime change at home and secure its position in the region, Iran resorted to asymmetric warfare tactics and forged canny alliances. Its tactics were facilitated by regional discords and bitter local rivalries. Division in rank among Arab states has provided the impetus for Iran’s alliance with Syria to last for three decades, despite the sharp ideological difference between secular, pan-Arabic Syria and the Islamic Republic of Iran. Internal instability in Lebanon has paved the way for Iran to gain a foothold in Lebanon. Finally, the failure to reconcile difference between HAMAS and the Palestinian Authority has invited Iranian influence.

However, nothing has propelled Iran’s influence in the region more than the blunders in Iraq by the American neo-conservatives. Not only has Iraq vanished as a strong bulwark in the face of Iran, but Iran has also gained an unprecedented influence in Iraq. And with the elimination of the Sunni Taliban regime on its eastern frontier, Iran has become a key factor in Afghanistan’s internal affairs. While the spread of Iranian influence, from Iran’s perspective, is investments in deterrence, Saudi Arabia regards these activities as a hard evidence of Iran’s hegemonic ambitions in the region.

The Saudis see Iran’s nuclear program from this prism of mistrust. Although Saudi Arabia has expressed repeated concerns over Iran’s nuclear program, Saudi Arabia’s foreign minister, Saud al-Faisal has made it abundantly clear that the kingdom will not enter a nuclear arms-race with Iran. In the long term, however, Riyadh fears that Tehran may weaponize its nuclear program. Possessing nuclear technology or the “virtual bomb” would shatter the precarious balance of power, which Riyadh has painstakingly nurtured over the last three decades. With nuclear weapons, Iran will not only gain a huge military edge over Saudi Arabia, but it will also acquire deterrence capability against the far superior US military power.

Iran sees it differently. Having fully cooperated with the IAEA, they have demonstrated Iran’s nuclear program is peaceful. Futhermore, as a member of the Non-Proliferation Treaty (NPT), Iran has the right to enrich uranimum. According to Iran’s Ambassador to the Netherlands, Kazem Gharib Abadi, the campaign against Iran’s nuclear program is intended to “weaken the development of Iran and create distance between the Iranian nation and the government.”

It is clear that both countries are driven by a security competition, which dictates the foreign policy toward the other. At the heart of this competition lies the supreme objective of each state: to maximize security not only by increasing its own power, but also by preventing the other from increasing its power. As power maximizers, neither Saudi Arabia nor Iran will cave in. The cycle of power and fear will continue until one of the two embraces defeat.