No Great Game in the Middle East, But New Lines in the Sand 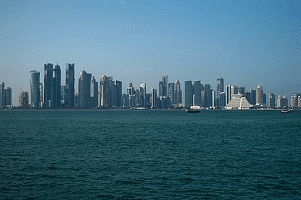 The Middle East used to be known for its stale continuity. But with the Qatar crisis now in its third week, the region is finding itself convulsed in its biggest diplomatic shakeup in decades. This crisis is by no means the first in recent history to upset the region, but it has the most potential to redraw the diplomatic map for some time to come, with important implications for Europe too.

In essence, the crisis revolves around the position of Iran in the Middle East following the nuclear deal in 2015. Instead of becoming a constructive partner, its actions in Syria, Iraq and elsewhere have stirred fears among the Sunni powers, in particular Saudi Arabia. Meanwhile, the Saudis seek to reassert themselves, feeling emboldened by verbal support from US President Donald Trump. This, in combination with the vacuum that will be left in the wake of the demise of ISIS, has brought about an important reshuffling of cards with Riyadh, Tehran and Ankara vying for some form of regional hegemony.

The key outside powers –the US, Russia, Europe and China- are largely being made to choose sides in this struggle, even if over the last two years everyone has made overtures everyone. So rather than ending up with a long-winding great game, the new lines in the sand that will shape the new regional order can already be distinguished.

Read the Op-ed by Willem Oosterveld in Euractiv here.