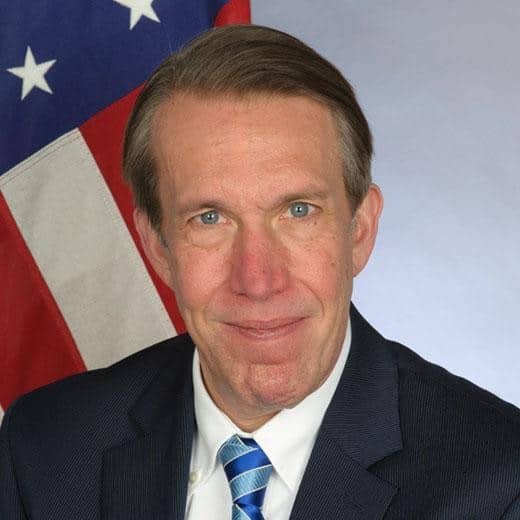 HCSS is delighted to announce that Christopher Painter, a globally recognized leader and expert on cyber diplomacy, security and cyber policy, is joining the institute as Principal Visiting Fellow from the 1st of October 2018.  Mr Painter has been on the vanguard of U.S. and international cyber issues for over twenty-five years – first as a prosecutor of some of the most high-profile cybercrime cases in the country and then as a senior official at the Department of Justice, the FBI, the National Security Council and finally the State Department. He has initiated, helped drive, or advised on virtually every major U.S. cyber policy for over a decade and has created innovative new organizations and approaches to deal with cyber threats and take advantage of opportunities in cyberspace.

In his most recent government role as the nation’s top cyber diplomat, Mr. Painter coordinated and led the United States’ diplomatic efforts to advance an open, interoperable, secure and reliable Internet and information infrastructure and advised the Secretary and Deputy Secretary of State on these emerging issues.  The pioneering office that Mr. Painter established — the Office of the Coordinator for Cyber Issues — was the first high-level position and office dedicated to advancing the diplomatic aspects of cyber issues ranging from national security to human rights matters. These issues include promoting norms of responsible state behavior and cyber stability, preventing cyber conflict, enhancing deterrence, advancing cybersecurity, fighting cybercrime, promoting multi-stakeholder Internet governance and advancing Internet freedom.

Prior to joining the State Department, Mr. Painter served in the White House as Senior Director for Cyber Policy and Acting Cyber Coordinator in the National Security Council. He was a senior member of the team that conducted the President’s Cyberspace Policy Review in 2009 and he subsequently helped create and then structure a new directorate in the National Security Council devoted to these issues.

Mr. Painter has been a frequent media spokesperson and presenter on cyber issues around the globe.  He was named the Bartels World Affairs Fellow by Cornell University for 2017-2018 and chosen as a member of the Board of the Center for Internet Security. He is the recipient of the prestigious RSA Award for Excellence in the Field of Public Policy (2016), the Attorney General’s Award for Exceptional Service, the Intelligence Community Legal Award (2008) and has been named to the “Federal 100” list, among other honors.  He is a graduate of Stanford Law School and Cornell University and clerked for US Circuit Judge Betty Fletcher. Currently Mr Painter serves as a Commissioner in the Global Commission on the Stability of Cyberspace.

At HCSS, Christopher Painter will do research on the above-mentioned topics, will be available as a keynote speaker and in an advisory capacity.