Debating the position of Armenia in the South Caucasus 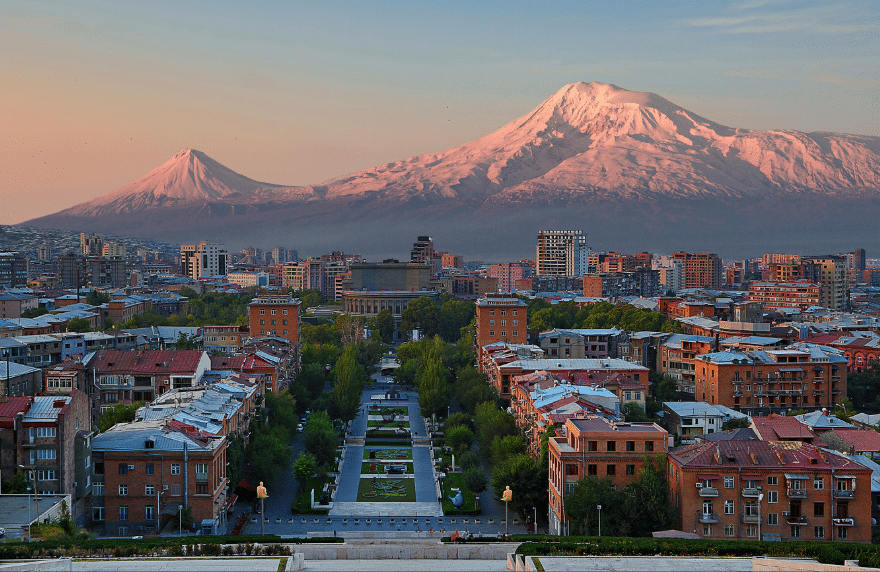 Contemporary international relations is characterized by both a realist logic, focusing on power, and a liberal logic, focusing on institutions and rights. As the world moves away from the post-Cold War unipolar moment, notions of power – even more than before – trump notions of rights, including the right to  self-determination, international law and multilateralism. Powerful states push weak states to act in line with their interests, using military, economic and diplomatic means. Appeals to the right to self-determination, international law and agreements reached under the mediation by international organizations go increasingly ignored, as a result. This creates a contradiction between the world as it is on the one hand, and the world as it should be on the other.

This tension dominated two discussion sessions on the durable resolution of the Nagorno-Karabakh conflict organized by the Embassy of the Republic of Armenia in the Netherlands and The Hague Centre for Strategic Studies (HCSS). In September 2020, the decades-long Nagorno-Karabakh conflict flared up, leading to the worst violence the area has seen since the early 1990s. The six-week war, reportedly killing nearly 7000 soldiers and civilians in the disputed territory and along the Armenia-Azerbaijan border, ended in military victory for Azerbaijan. A Russia-brokered Trilateral Declaration on Ceasefire, including the deployment of approximately 2000 Russian peacekeepers to Nagorno-Karabakh, formalized the control taken by Azerbaijan over large parts of the contested region. The attendance of politicians, policy-makers, conflict scholars and regional experts at both events highlights the interest in finding a formula for resolution – or at least to manage the conflict.

During the first event in June 2021, participants discussed conflict intractability, rare moments of conflict ripeness upon which peace can be built and the role of hierarchy in the international system. The principal finding of the evening was the following: for a conflict to be durably resolved it has to be characterized by a Mutually Hurting Stalemate (MHS). MHS is described as follows:

When the parties find themselves locked in a conflict from which they cannot escalate to victory and this deadlock is painful to both of them, (although not necessarily in equal degree or for the same reasons), they tend to seek a Way Out. A recent or impending catastrophe can provide a deadline or sharply increased pain.[1]

First, a pessimistic answer was put forward focusing on balance of power. The Nagorno-Karabakh conflict has not been resolved – and can at this moment not be resolved – because the conflict was and is not characterized by a Mutually Hurting Stalemate. Azerbaijan was able to escalate to victory over Armenia, leading President Aliyev to reject a negotiated solution of the issue, as he declared that “the Karabakh conflict has been resolved for good”. First, Azerbaijan in 2020 scored higher on all traditional indicators of power than Armenia. Second, Russia, Armenia’s lukewarm ally and the only power that could have acted in concert with Armenia to offset the overwhelming power that Azerbaijan can employ, decided not to do so. In the absence of a Russian attempt to bring about conflict ripeness by using its unique influence over both Armenia and Azerbaijan to initiate a peace process, the Nagorno-Karabakh conflict can merely be managed – as opposed to durably resolved.

Other participants opted for a more optimistic alternative, proposing that more actors such as Turkey, the European Union, the United States and the OSCE all can play a large role in solving the Nagorno-Karabakh conflict. After all, had not Turkish large-scale arms exports – particularly the sales of drones – been imperative to Azerbaijan’s offensive and eventual victory over Armenia? Is the EU not the sole actor with real economic power on and around the European continent? Did the only truly global military power, led by President Joe Biden, not announce the erection of a global alliance of democracies to stymie the rise of autocracies, which would logically include Armenia as a democratizing state? The OSCE Minsk Group is the institution officially tasked with mediating the Nagorno-Karabakh conflict. Had this group not set out the Madrid Principles, the parameters within which the Nagorno-Karabakh conflict should be resolved, including the eventual determination of the status of Nagorno-Karabakh through a free expression of will of the local population? The responsibility to find a solution to the conflict, these participants concluded, lies with all its direct and indirect stakeholders.

The solutions to the conflict therefore should involve more actors, argues this second group. The deployment of an international peacekeeping force, effectively multilateralizing the current Russian peacekeeping mission in Nagorno-Karabakh, would be one solution. In spite of its limited means to influence the conflict’s trajectory, the EU has some interest in the conflict. Can the European Union accept that Russia and Turkey set a precedent, as they bilaterally settle conflicts at the continent’s borders – like in Syria, Libya and now in the South Caucasus – without taking EU interests into account? What if instability in the South Caucasus triggers a refugee crisis like the EU experienced in 2015? As a result, the EU could (and should) use its levers of influence with Armenia and Azerbaijan, for instance through the EU neighborhood policy, to contribute to a solution, they argued.

Others retorted that an international peacekeeping force is an unrealistic solution and that it would weaken the position of the people of Nagorno-Karabakh even if it against all odds was deployed. Russia is extremely unlikely to allow international peacekeepers in what it considers to be its immediate backyard. Even if a UN peacekeeping force was deployed to the region, would it have credible deterrence? What happens if peace-keeping forces from a faraway country without an immediate interest in the region, without substantial defense capabilities and a weak mandate come under attack? They may go away. They certainly are not likely to escalate by expanding its troop presence. A Russian peacekeeping force is different, as Russia is a neighboring state with a large interest in the region and extensive defense capabilities. United Nations peacekeeping, these participants concluded, would not have credible deterrence.

In addition they argued that the EU has greater interests in protecting its already fragile relations with all of the regional actors in the South Caucasus, especially Turkey. The expectation that the EU would use political capital on trying to initiate a solution to the conflict is therefore unrealistic. What if a new refugee crisis unfolds, for instance in Afghanistan or Lebanon, and the EU again wants to complete a deal with Turkey’s President Erdogan? Even if the EU had the capabilities to try and force a solution to the Nagorno-Karabakh conflict, its higher interests would not allow for it.

Finally, some stressed that the Republic of Armenia deserves European and American support, as it is the only democratizing country in a rapidly de-democratizing region and one of the few states going against the trend in a de-democratizing world. The Armenian diaspora is powerful, especially in Washington, Paris and Moscow, but could have more influence in Brussels to pursue its interests. Putting the conflict over Nagorno-Karabakh aside for a minute, they found that Brussels and the Hague should continue to provide Yerevan with greater economic and institutional support for its democratization trajectory, building on the Comprehensive and Enhanced Partnership Agreement (CEPA) reached between the EU and Armenia that came into effect in March 2021.

To conclude, there appears to be a general recognition for the necessity of a state of ripeness for a durable resolution to the conflict to be achieved. It is evident from the outcome of the six-week war in September 2020 that this conflict is currently not characterized by a MHS. However, opinions on whether such a state can be created through external involvement vary. Russia is recognized as the most powerful regional actor whose meaningful involvement could well shift the power balance. But it has opted not to do so. As direct and indirect stakeholders, other regional and international actors, namely Turkey, the EU and the US, have some means – and to some an obligation – to play a larger role in the conflict. But geopolitical contextual factors limit the feasibility of their involvement. Incentivizing Russia to improve Armenia’s power position vis-à-vis Azerbaijan, may be the most effective way for the EU and the US to promote conflict resolution and to advance its own interests in the conflict. A cooperative effort on this issue involves Russia, the EU and the US, for instance through the OSCE Minsk Group, and could be an opportunity to build trust and to show that cooperation on topics of mutual interest remains possible.