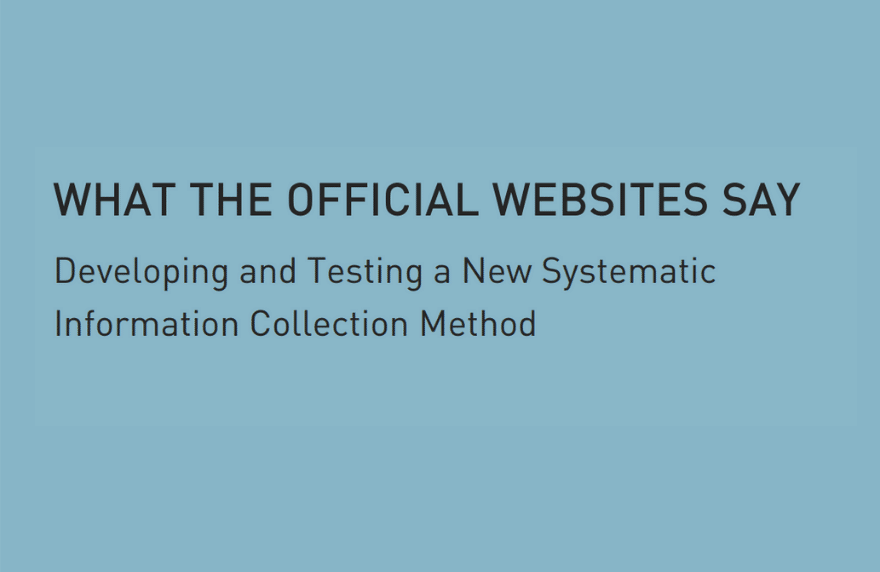 Providing analysis of what is happening in other countries remains an important task for our Ministries of Foreign Affairs. Much of this analysis currently continues to be done in the way in which it has been done for a very long time. Yet it is clear that the sources that can be used for this type of analysis are changing extremely rapidly. The same holds for the tools that can be used to analyze those sources.

In an ever more interdependent world, foreign policy affects the security and prosperity of every single individual in ever more fundamental and far-reaching ways. It therefore stands to reason that this area deserves and requires an applied analytical effort that is commensurate with the one we now afford ourselves in the key domestic policy areas. This would mean endowing our foreign policy decision-makers with a similarly thorough evidence- and knowledge-base from which they could start designing more evidence-based foreign policies. But is this even possible? Are such datasets available in the field of foreign policy? Can new data- and text-mining tools be applied to them? And what would the results from such an effort look like?

As a ‘proof-of-concept’, this project represents an attempt to explore the usefulness of these new data sources and data analysis tools. HCSS set out to construct a new database consisting of all retrievable text-based webpages from the Ministries of Foreign Affairs of seven important countries. The international HCSS team developed and combined a number of tools in order to download and textmine these websites, and to then present and visualize the results. We then proceeded with our preliminary analysis of the data. We pursued two different research tracks: one in which we let the websites speak for themselves (‘inside-out’), and another in which we asked the websites some targeted question (‘outside-in’). Both approaches yielded some fascinating results that would have been impossible to obtain in any other way.

Download the report with the button on the right.