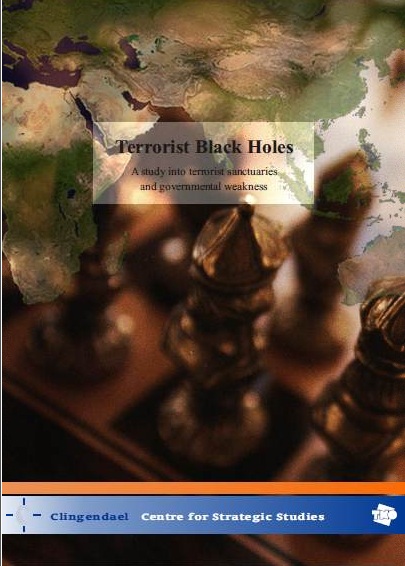 In light of the growing interest in terrorist sanctuaries, failed/weak states and terrorism, the Clingendael Centre for Strategic Studies has commissioned a report to answer the following two questions:

In formulating the answer, the concept of black holes is introduced. This report conceptualizes black holes as areas where effective state control is jeopardized and which are inhabited by criminal, terrorist or militant non-state actors (terrorist black holes). The theory of black holes is proposed as a refinement to the state failure theory, which has up till now been considered the authoritative approach for studying terrorism and state weakness.

The relevance of this study is two-fold:
It complements current thinking about state fragility and terrorism.
It is a step towards refining terrorism risk assessments and analyses.

In doing to, it contributes to the development of intelligence products in relation to transnational terrorism. In itself the report will serve as basis for further academic research.

The report can be downloaded here.