Future Issue – Idiocracy and the Changing Distribution of Knowledge 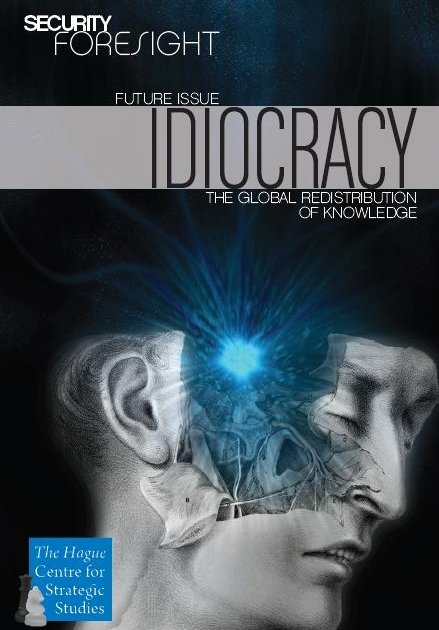 In a simple, yet intuitively appealing description, knowledge holds the key to the human
capacity to manipulate and exploit its environment, and plays an essential role in ensuring
a state’s socio-political stability, economic prosperity and, above all, security.

This Future Issue sketches a broad picture of the state of knowledge in 2009 in order to
examine its time-lagged effects on, a.o., socio-political stability and the future distribution
of economic and political power. It examines international knowledge differences,
national distributions of knowledge and knowledge diffusion for the EU, the US, Japan,
South Korea, and at times the OECD states as well as China and India. In doing so, it
provides the general trends and context within which future developments will emerge.
The global knowledge landscape is experiencing significant shifts, both with respect to
its geographical distribution and to its role and status. These shifts may carry a number
of security implications both at the international and the national level for security and
business continuity. The four most important implications are:

Can NATO’s solidarity crisis be fixed: Results and Recommendations of...