Divided We Stand? Towards Post-Corona Leadership

The global challenges caused by the Covid-19 crisis call for a combined effort of nations worldwide; however, the pandemic unfolds against the backdrop of a world that is increasingly characterized by great power competition. This new paper by HCSS and DISCvision highlights possible future interplays between nations in the aftermath of the corona crisis. Comparing four different post-Corona scenarios, it discusses the expected behaviour of world leaders of the U.S., India, China, Russia, France and Germany, based on their cultural context and specific leadership styles.

The findings show distinct features and scenarios. While the consequences of the ongoing pandemic require multilateral collaboration, it seems that the corona crisis further fuels the competition between world powers. The field of international relations is becoming an area of zero-sum games resulting in a world in which international cooperation is increasingly hard to achieve.

The U.S. and China are leading towards no future collaboration whereas Russia is showing no particular interest in improving global stability and cooperation. Only Germany and France perceive future collaboration as a necessary condition. The position of India is still not clear. While the outcomes are limited in their predictive value, the likelihood of intensified international cooperation seems rather poor in the near future.

Download the paper here, or by clicking on the PDF button.

André Doffer is co-founder of DISCvision. He was employed by ACNielsen, Marketresponse and SmartAgent and is a well-known expert dealing with leisure and retail research and investments. After the merger of Marketresponse with SmartAgent he is responsible for the (geo-) data analytics, retail and real estate investments within DISCvision.

Douwe Reitsma is inspired by exploring the unknown. After being employed by the central government, being manager with a large municipal housing association he became founding partner of the global consultancy firm Ecorys. In 2000 he founded the market research company SmartAgent, which was followed in 2016 by the new venture dealing with behavioural economics: DISCvision.

Jetse Reitsma is trainee at DISCvision and an alumnus of the International Relations MA and the Philosophical Perspectives on Politics and Economy MA programmes at Leiden University. He completed thesis studies on the geopolitical context of the Russian energy industry, the Trans-Pacific Partnership and an analysis on the compatibility of Confucianist and liberal values. 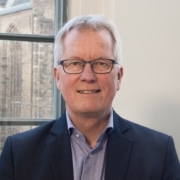 The Good, the Bad, and the Ugly: A Framework to Assess Security Sectors’ Potential...In a State of Flux: Maritime Order in the Indian Ocean
Scroll to top