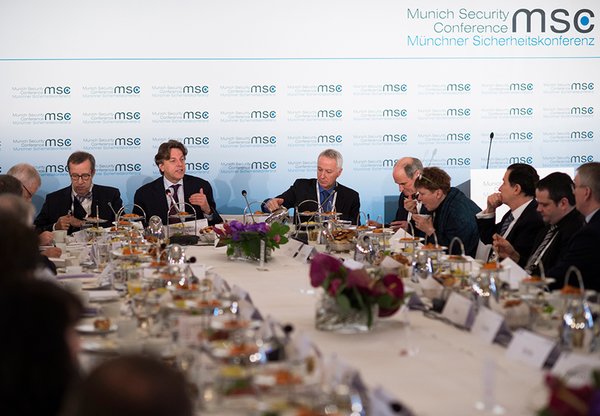 The Netherlands Minister of Foreign Affairs Bert Koenders announced at the Munich Security Conference (MSC) the intention of his government to support the establishment of a Global Commission on the Stability of Cyberspace (GCSC).

Speaking at a breakfast meeting on “cyber norms” hosted by MSC and the East-West Institute, Koenders emphasized the importance of engaging non-state experts in the creation of state cyber norms, or the rules of behavior for states in cyberspace. The GCSC, Koenders said, could play a vital role in this process.

“The Global Commission is also an opportunity to broaden the discussion beyond states, so that it includes the private sector and the tech community as well, for whom this issue is just as relevant,” Koenders said.

“In a multi-stakeholder setting like this, the Global Commission should not only clearly articulate to a large audience why cyber operations are such a problem, but also generate new ideas for how the problem can be solved.”

Also speaking at the meeting was the director of the GCSC initiative, Alexander Klimburg of HCSS:

“Many different non-state initiatives in cyberspace are generating norms of behavior, not only states. States need to be aware of these initiatives to better formulate their own norms. We don’t need norm convergence, but we do need norm coherence.” Klimburg said at the meeting “by providing a format for this discussion, the Commission will make a vital contribution to cyberspace stability.”

Building on the work of previous international commissions, such as the Global Commission on Internet Governance, the GCSC is expected to be formally launched in the summer of 2016.