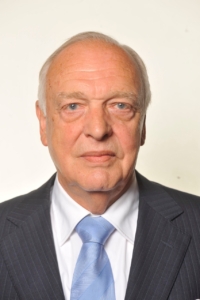 Senator van Kappen was born in 1941 in Semarang, the former Dutch East Indies (Indonesia). He is married and has two sons. In 1964 he graduated from the Naval Academy in Den Helder and was commissioned as a 2nd Lieutenant in the Royal Netherlands Marine Corps.

In the course of his career he completed Special Forces (Commando) training with the Green Berets in the Netherlands and the United Kingdom and was trained as a Mountain and Arctic Warfare Survival Instructor in Norway. He was also trained as a Naval communications and warfare officer and is a graduate of the U.S. Naval War College in Newport, R.I.(USA). During his career he served in numerous operational and staff billets in the Netherlands and abroad. His last posting was as the top Military Adviser to the Secretary General of the U.N. and as the Director of the Military Division in the Department of Peacekeeping Operations at U.N. headquarters in New York.

After his return from New York in 1998, he retired from the Marine Corps. To date he works as Senior Concept Developer for NATO/ACT. Mr. Van Kappen is a Senior Policy Advisor for the Netherlands Organisation for Applied Scientific (Defence) Research (TNO) and the The Hague Centre for Strategic Studies (HCSS). He is the chairman of the supervisory board of the Institute for Security, Experimentation and Transformation Institute (ISETI). In 2007 he was elected to take a seat in the Senate of the Kingdom of the Netherlands. He lectures internationally as an expert on security issues.