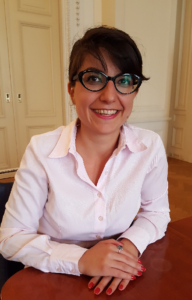 Arlinda Rrustemi is a researcher and lecturer on peace and conflict studies. She holds a PhD in Political Science from Leiden University in the Netherlands. In 2016, Arlinda defended her doctoral thesis, entitled “State-Building through Life Stories: Incorporating Local Perspectives”, which was supported by the Netherlands Organization for Scientific Research (NWO). She holds a B.A. (cum laude) from the University College Roosevelt and an LL.M. degree in Public International Law from Utrecht University. She teaches on humanitarian intervention, peacebuilding, power instruments and multilateral organizations, and is involved in several research projects uncovering peace infrastructures and countering radicalization. She has also received several fellowships and grants, such as Erasmus +, LEICEU, Archimedes and LUF. She was also a visiting scholar at several universities, including the Central European University, University of Leuven, Free University in Brussels, Cegesoma, University of Tallinn and New York University.

Dr. Rrustemi has also published several articles for various journals and media outlets. She has previously worked as a lecturer and researcher at Leiden University and was a research assistant to Prof. Jaap de Hoop Scheffer. She also interned at several NGOs (such as YIHR, KAS and PYC), international courts (such as the ICTY and the ICC) and at various Ministries in the Republic of Kosovo. Her research interests are in state-, nation- and peace-building, transitional justice, humanitarian intervention, life stories methodologies and terrorism.